Akari Komiyaku (previously called as "Red Streak") was one of the female students and a female delinquent at Akademi in 1980s Mode.

Before she was reintroduced in 1980s Mode, she was a delinquent and one of the female student who attended Akademi in the present day.

"Bullied by her peers after she developed a romantic interest in a female classmate. Maintains a strong belief that love is love, and that nobody should be shamed for who they develop feelings for."

Red Streak has long, wavy light brown hair with a red streak on her left. Her eyes are wine purple. She wears a white mask over her mouth with a black X on it. She uses a pipe as a weapon. 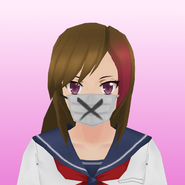 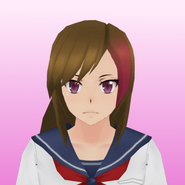 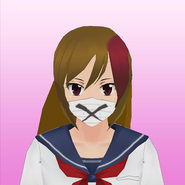 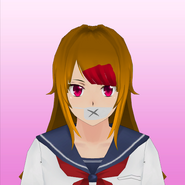 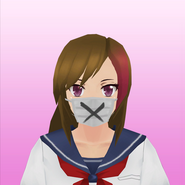 way too off center.
Community content is available under CC-BY-SA unless otherwise noted.
Advertisement