Enforcer of the student council. Charged with the task of maintaining peace throughout the school. Often uses physical intimidation to enforce rules.

Aoi has short, blue hair with two strands that reach her shoulders. Her bangs are parted to the side. Her remaining eye is teal. She wears the Student Council uniform and an armband of leadership with Japanese symbols on it. She also wears black thigh-high stockings with a white stripe on each side and a black eyepatch with a dragon symbol over her left eye.

She has poor posture that is reflected in her walking animation.

Aoi is Dangerous. If Ayano gets too close to her, she will push her away. If she sees her her attempting to dispose of a corpse or witnesses her commit murder, she will chase her and pepper spray her. She will then restrain her, causing an expulsion as well as an arrest.

Aoi is known to be tough, intimidating, and powerful. She often uses physical intimidation to enforce school rules. 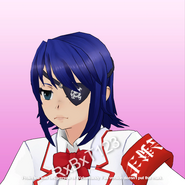 Aoi alongside the rest of the Student Council. Created by MulberryDreamer. 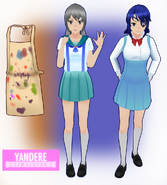 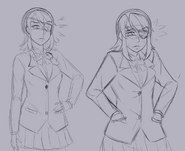 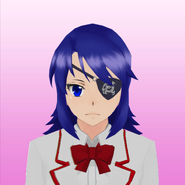 Aoi with base pose, made by Feralkin (credits to Bell´Dan for the base, LucyDreemur for the original eyes (recolored by me), and Gelangweilt for the hair and eyepatch.) 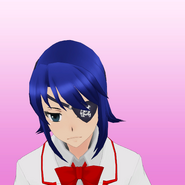 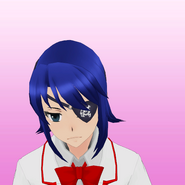 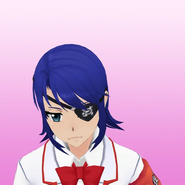