The drummer of the Strawberry Thieves. Originally, she was the least interested in forming a band, but after the band was formed, she quickly became one of the most enthusiastic members.

Blonde with an orange fade

Dora Tamamoto is one of the female students currently attending Akademi High in Yandere Simulator.

Dora has bright blonde hair, fading into a strong shade of orange near the bottom. Her bangs are swooped to the right of her left of her face. Some longer strands of hair falls onto her shoulders, and some sticks out, rather sharply, from the back of her head. Her eyes are orange and fade into yellow. She wears the default female uniform unless customized by the player. She has the default bust size of 1 and her eye type is round.

To accessorize, Dora carries around an drum case, which she uses during club activities. When the Light Music Club is active, she wears a white music note shaped clip in her hair. She also wears yellow and orange gradient stockings. Her lips are coated with orange lip gloss.

Dora is a Social Butterfly. She will strike a cute pose if a camera is pointed at her. If she witnesses murder, she will run to a heavily populated area and call the police.

Dora is an enthusiastic member of the Light Music Club, though she wasn't always this way. Despite how passionate she is about music, she can get shy if there are too many eyes on her. This is why she performs at the back of the stage behind her bandmates.

At 7:05 AM, Dora enters the school, changes her shoes and walks to the third floor to practice drums.

At 8:00 AM, Dora enters her classroom and sits at her desk, playing on her phone until class starts. Her morning classes start at 8:30 AM. At 1:00 PM, she eats lunch outside of the Light Music Club until 1:22 PM.

Then, at 1:30 PM, Dora goes back to her classroom to start her afternoon classes. And then at 3:30 PM, she participates in cleaning time until 4:00 PM.

As of March 22nd, 2021, Dora goes to the hallway on the first floor near the Nurse's office to talk with her friend, Kiba Kawaito. She no longer participates in cleaning time as she will also use this time to converse with Kiba. 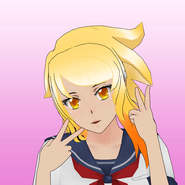 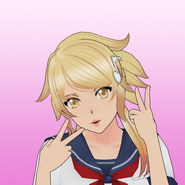 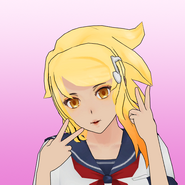 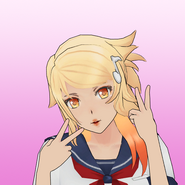