Kuu Dere, whose real name is Kumi Demura is one of the female students attending Akademi High in Yandere Simulator. She is also the protagonist of the joke game, Kuudere Simulator.

Kuu has very short, light blue hair. She has long bangs that meet in the middle of her forehead. Her eyes are red. She wears the default school uniform unless customized by the player. Her bust size is 1, and her eye type is serious.

In Kuudere simulator, she had much paler skin.

As her name suggests, Kuu Dere is a kuudere (クーデレ) . Kuuderes are a popular trope in anime. They are usually females who express little to no emotion. "Kuu" comes from the Japanese romanization of the English word "cool," written in romaji as "kuuru."

In Yandere Simulator, Kuu is a Loner. She will hide her face if a camera is pointed at her. If she witnesses murder, she will run home and call the police. In the future, YandereDev plans on programming Kuu to not react to murder in the same way that normal students do. 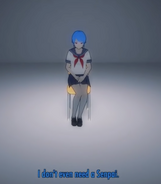 Kuu sitting on the chair in Kuudere Simulator. 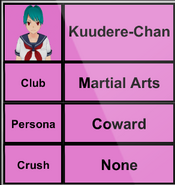 Another one of Kuu's old profiles 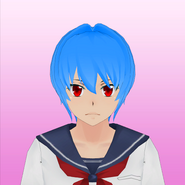 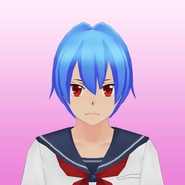 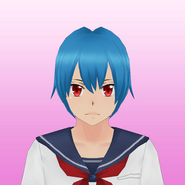 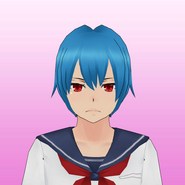 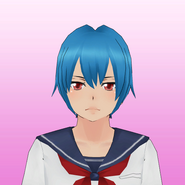 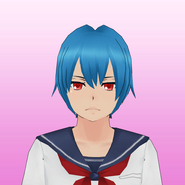 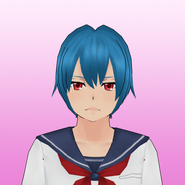 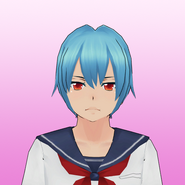 Kuu Dere in "I Want My Senpai Back"

Kuu Dere in Kisekae, made by Spiritual Riceball

Kuu in Kisekae, made by Strawberry Imouto 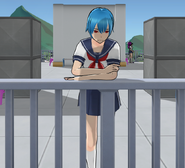 Kuu sulking on the rooftop (mod) 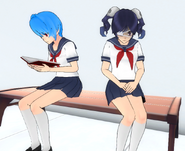 Kuu and Supana sitting together (mod) 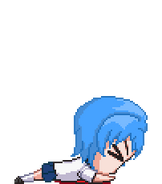 A Kuu sprite that fell 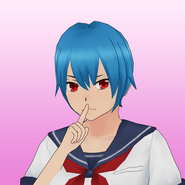 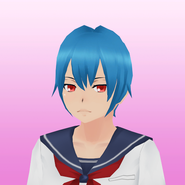 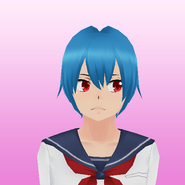 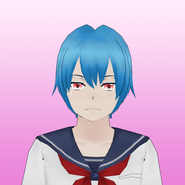