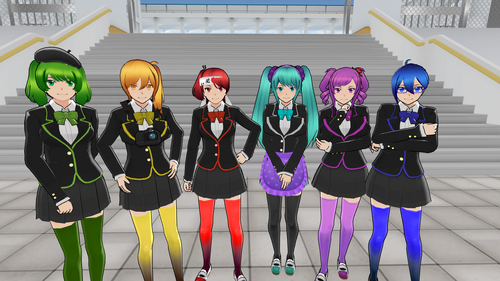 The Rainbow Six is a group of six girls and are supporting characters in GhoulGirls90's Fanon.

Simon with the Rainbow Six girls.