Red Flower was a placeholder student in Yandere Simulator.

Red had medium length scarlet hair kept in a short side-tail on the right. She also had a red flower right beside it. Her eyes were green.

Red's personality was unknown. She didn't react to things like murder, corpses, etc. She would only react to Ayano trying to pick-pocket Uekiya Engeika.

3D render of all Gardening Club placeholders by qvajangel 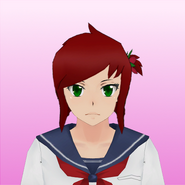 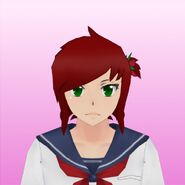 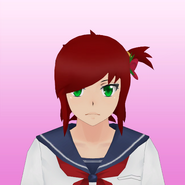 Portrait by CrabbyMeal
Community content is available under CC-BY-SA unless otherwise noted.
Advertisement