The most laid-back student at school. Never takes anything seriously, and is relaxed at all times.

Despite being lazy most of the time, he cares deeply about his friends, and if any of them were in danger, he would leap at the chance to protect them.

Rojasu has messy dark brown hair and a matching goatee. His eyes are light green. He wears the default uniform unless customized, along with a camera around his neck.

Rojasu is a Sleuth. When the atmosphere is above 80%, he will act on the Social Butterfly persona upon witnessing murder or discovering a corpse. He will do a cute pose if a camera is pointed at him. However, if the atmosphere is below 80%, he will act upon the Phone Addict persona instead. He will give a suspicious look if a camera is pointed at his face. 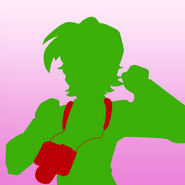 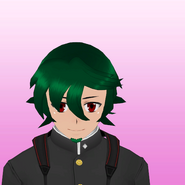 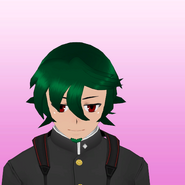 Rojasu with the rest of the Photography Club. 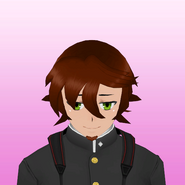 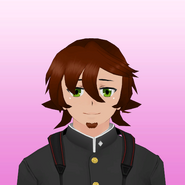