Back - white (dyed, black is her natural color)

Takako is the owner of long, wavy, and thick hair. Black is the natural color of them, but Takako dyes their back part white. She combs her hair in two ponytails with black bands. Her eyes are black too, and they seem to be really similar to her brother's eyes. She isn't tall, actually, she is pretty short. Her weight is correct, she has small muscles. At the school, she wears the player's chosen uniform with black over knee socks with a white ribbon, but after school, she usually wears loose t-shirts, shorts, and sneakers.

Takako is usually a silent and calm girl, however, she'll attack you if she needs to. She usually spends her time wandering the corridors or eventually talking with her brother. In the past - she was an extremely spoiled little princess, but after the kidnapping, she changed beyond recognition. While she was formerly a sociable person, now she became almost an entire loner. She isn't disturbed by conversations with others, but she has not managed to find any friend yet. Sometimes she may sound like a very cold and insensitive spirit, but she is actually pretty worried about other people.

She was young when she become kidnapped, but obviously, she remembers them. Takako regrets that she was rude to them.

She really loves her older brother, and she wants to care about him, mostly because he wants to protect her. She doesn't want to lose him.

She was rude to them, but now she realized how much she always loved them. Their particular relationship is unknown.

She tried to start to tolerate him since her brother began his friendship with Tomohiro. As a last resort, they have a positive relationship. They aren't friends, but they like each other.

Two little princesses from wealthy families, what could go wrong, right? They have known since childhood, and they were friends. However, Takako's kidnapping interrupted their relationship. After Takako returned to normal life, she never talked to her again. Takako is currently disgusted with Musume's behavior.

They mostly have a neutral relationship.

Takako was born in an extremely wealthy family as a seventh, but not the last, child. Her parents were pampering her from the cradle. If she only started to cry a little, it was enough for her parents to buy her a new doll, blocks, dress, or other toys. She started her childhood friendship with Musume when she was three. They met when their fathers discussed business affairs. Notwithstanding, nothing lasts forever, including happiness and perfect life. Takako turned five, but her almost-school-life didn't last long. She and her siblings became kidnapped. By whom? Why? Details are unknown, and Takako doesn't even know them. She was too young and too scared to memorize them. Her vision is blurring, and it's probably better for her to not remember that episode. Anyway - after years she escaped from executioners with her brother and other children. The police arrested criminals, and psychological help was provided for the kids, including Takako and her older brother. Despite the tragic mental state of the girl, she managed to reach a satisfactory level of mental health. Despite this - she changed a lot. Takako stopped being Takako that everyone knew. Eternal importance and thoughtfulness came over her face. She decided that she will make sure that this won't happen to no one from her surroundings, especially her brother.

She finally went to high school. Musume noticed her instantly and wanted to talk to her, but with no effect. Takako carefully and calmly told her that she doesn't want to be friends anymore. This obviously wasn't anything that could hurt Musume, maybe only Musume's elegy, but nothing more. They parted their ways. Takako never looked for other friends after the tragedy, and even after joining a new school, she didn't change her mind. She sided only with her brother, and that was enough for her. Despite this - she didn't bother about Tomohiro. She supposed that he will help her brother with studying and nothing more. But only when some time passed, she realized how full of beans she was. Kiyoshi felt in love with Tomohiro, and she knew it, just as she knew that Tomohiro didn't reciprocate her brother's feelings. She was angry with him. She knew that her brother suffers, even if he never showed it. It's not that she started to hate Tomohiro... or maybe she started...? She was just frustrated that anyone could hurt Kiyoshi. Despite this, she agreed to not interfere, when her brother asked her for it. Time passed, and she started to tolerate Tomohiro. She began to notice the growing feeling between the two of them. Takako currently only observes their relationship and hopes that one day they'll be together. 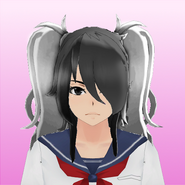 Takako in default uniform, eyes by Ian Rookie (ORIGINAL BY MOUGEKI MERO), base by Avnore, hair by Shronkey 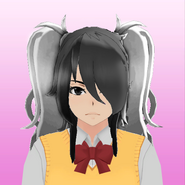 Takako in sweater uniform, eyes by Ian Rookie (ORIGINAL BY MOUGEKI MERO), base by Bell´Dan, hair by Shronkey 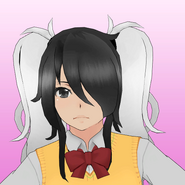 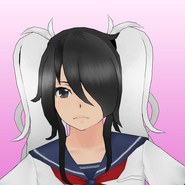 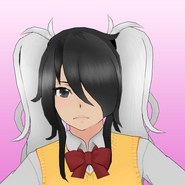 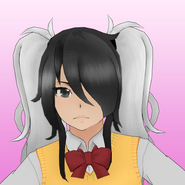 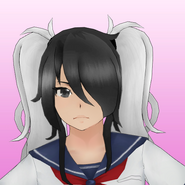 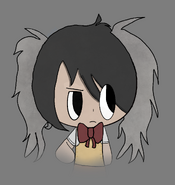