Only existed for a demonstration.

Victim-chan was one of the female students in the game. She was deleted because she was only made to show an example about how to get away with murder, however, Kokona Haruka was chosen to take her place.

Victim-chan had yellow hair in pigtails. Her eyes were light yellow. She wore the default uniform. Her bust size was 1.

Not much is known about Victim-chan's personality, but it is assumed that she had the Loner persona (formerly known as Coward), as that was the only persona for female students implemented at that time. 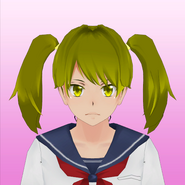 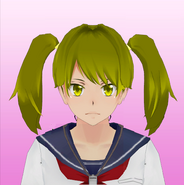 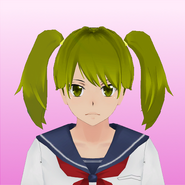 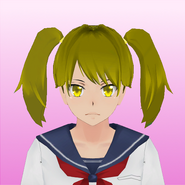 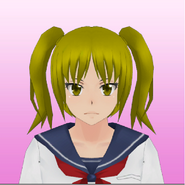 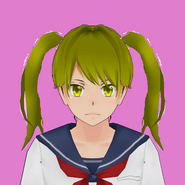 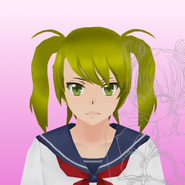 Fan Made appearance by Mougeki Mero 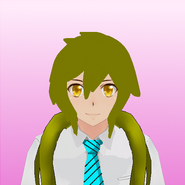 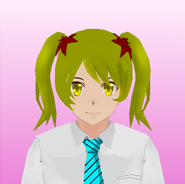 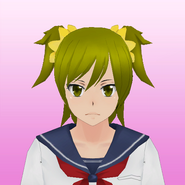 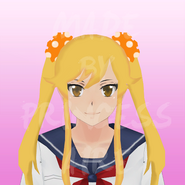 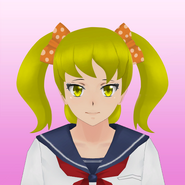 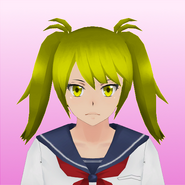 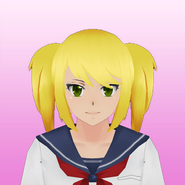 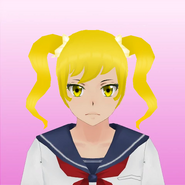 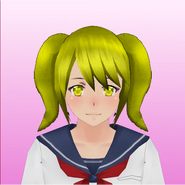 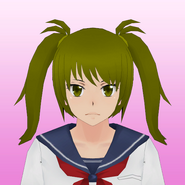 Victim-Chan by kanako78 on Deviantart.

Victim-chan in an old build of the game 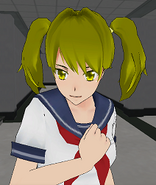 Victim-chan in another old build.
Community content is available under CC-BY-SA unless otherwise noted.
Advertisement