Yandere Simulator: SNAP Mode is a third-person survival horror game created by GhoulGirls90. The player plays as some surviving students that still remains and has to escape the crazy yandere girl after making her become mad and insane due to sanity loss. The player has to find the keys to lead them to exit while avoiding being caught and killed by Ayano. The player would receive more rewards if they beat the game with their friends remain alive.

A group of Akademi High School students are being locked in and trapped in the school by a crazy yandere girl, Ayano Aishi after her plan to get Senpai's love ultimately failed and whole population of school turned at her due to being witnessed of performing a disturbing behavior. Knowing that Senpai will never ever love her and she would be unable to fix her reputation, Ayano became extremely insane and reveals her true nature. She murdered other students and the faculty but few students managed to evade her and hid at certain rooms. Unable to find the others, Ayano locked all the doors in the school, including the exit. Will these group of students find a way to escape this nightmare? Or will they succumb to this unending murder and face their doom in the walls of the school? The fate of these students' lives will affect depending on your actions on the story.

This mode is unlocked if the player beats the main game. This mode will be always set at hardest difficulty and is very hard to beat this mode. In this mode, Ayano is replaced with the Clown. This takes place in alternate timeline where Akademi High is invaded by the Clown and Ayano does not exist. Amai and Osana are both the main protagonists of this mode and the only playable characters.

Difficulty of this mode:

Before starting the game, customization screen will be shown where the player is able to choose which style of uniform the students will wear. There are six uniforms each for male and female students, making twelve uniforms total.

The students that have survived Ayano's attack are in some rooms serving as their safe room where the player will begin. The player has other students with them. Their mission is to find the key to exit by searching everywhere in Akademi High such as classrooms, club rooms, etc. The hallways are very dark because it's midnight already so the player will always have flashlight, but the light can also attract Ayano's attention and this would make her know that they found the player and run towards them. However, there are rooms are locked and can't be entered until they're unlocked with their key or something else. The player can find some useful items and tools that would help them open the various locks. Some weapons can be also found in some rooms that allows the player to temporarily defend themselves from Ayano but she cannot be killed because she is invincible as she is in snap mode and extremely unstoppable. The player and students with them will have health and if Ayano gets very close enough to them, they will attack them with her weapon to damage them. Sometimes, Ayano will tackle the character and attempting to attack them, triggering a QTE. If a student is with them, they will go their rescue and shove Ayano away from them. The player can also save the student if they also got tackled by Ayano. Ayano mainly uses knife but will also uses different weapons against the player. A friend being killed does not lead to a game over but this would lose a chance on getting achievement of it and having rewards. If a playable character runs out of health, they will be murdered by Ayano. If all of remaining playable characters have been killed, the game is over. At this case, the other students who is with them that haven't been killed yet will also die after a playable character dies because they cannot defend themselves from Ayano.

The player's health is very important for them to be taken care of. It is shown in the lower right beside the character in the screen, and is represented by an electrocardiogram (ECG). If the health is fully depleted, the character will be knocked out and be killed by Ayano as she will finish them off.

Depending on the condition of the character, the ECG will read the following:

In "Caution (orange)" and "Critical" state, they can be disadvantage for the player because since this will also slower the character's movement, this would give Ayano a chance to catch up to them and they would not be able to outrun her for this. 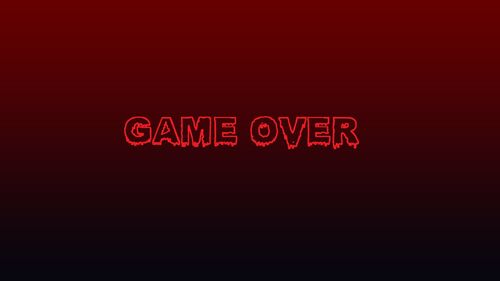 If all of remaining students or playable characters in Akademi High have been murdered by Ayano, a cutscene will play of Ayano knocking out the last remaining student the player is currently playing as. The student wakes up and finds themselves in sewing room being tied on a chair. Ayano tortures them by stabbing them with her knife and then either decapitate, stab in the eye, burns them to death, etc. This would be a bad ending for a player.

In Nightmare Mode, if Amai or Osana runs out of their health, they will be incapacitated. They desperately tries to crawl away from the Clown, but the Clown ultimately catches up and grabs their legs and proceeds to brutally eat them, while they scream to their death. In additional, if both Amai and Osana dies while others we're staying at the Headmaster's office where they were waiting for both of them, unaware they were killed by the Clown, the short cutscene will play before leading to a Game Over screen.

It depends on the player's progress in the story on how many students survived from Ayano. Once they've managed to find a way out and then later overcome Ayano when she blocks their way, they will be able to escape the Akademi High School. For some unknown reasons, the school violently exploded and its filled with flames once they finally exit the school building. The survived student/s is or are shocked upon seeing the explosion but then they hear the police sirens as they arrive to Akademi High. The policemen came out from their car and points their gun at the student/s, telling them to put their hands up. The Police Chief demands the officers to lower their guns.

Later, the remaining students are seen sitting down on the bench and they talked to each other about Ayano or they wonder about why Ayano was doing this nightmare to them (if only one playable character survived), while the police investigate the accident. They express their sadness about others being murdered and they never deserved this horrible fate.

It depends on the player who are the remaining students survived at the end. They successfully unlocked the exit door but then they're confronted by the Clown. 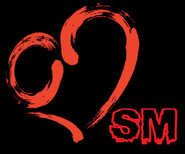 The game's control in settings (PC).

Selecting one of the Difficulties.

Nightmare Mode in the Menu after unlocking it by beating the game.

Killed by Ayano due to completely losing health or failing a QTE (in Yanderous or Aggressive mode).

QTE of trying to break free from Ayano.

Viewing the note of information about the Clown.